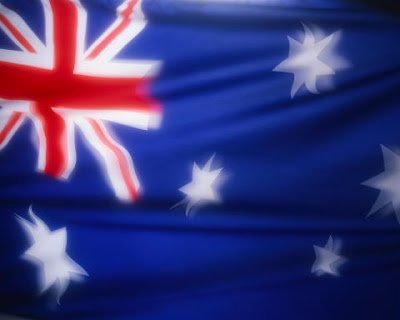 The Ethnic Nationalities Council (ENC) delegation is in Australia to thank the Australian government and its people for their ongoing support for the struggle for democracy, human rights and freedom in Burma. In visiting Australia, the delegation wishes to encourage further support from the Australian government and the people of Australia, especially in supporting Burma’s ethnic nationalities whose persecution at the hands of the SPDC continues unabated. The delegation also wishes to express their deepest sympathy to the victims of the bushfires in Australia and sends their sincere condolences
to the families of those who have perished and lost their homes.

The ENC delegation is led by its Vice-Chairman, Dr. Lian H. Sakhong, and comprised of Mahkaw Hkunsa, General Secretary of the ENC, Dr. Sui Khar, Joint General Secretary of the ENC and Victor Biak Lian, Member of Foreign Affairs Committee. During their visit (20 February – 3 March), the delegation will meet with Australian Parliamentarians, the Department of Foreign Affairs and Trade, AusAID and the Department of Immigration and Citizenship. They will also hold meetings with respective Burmese community organisations and non-governmental organisations in Melbourne, Sydney, Adelaide and Perth.

Background:
Burma’s political crisis is the product of more than just a lack of democracy and human rights. It stems as much from the military regime’s systematic deprivation of the rights of Burma’s ethnic nationalities. This fundamental problem has its roots in the failure to implement the 1947 Panglong Agreement, which was the agreed basis for establishment of the Union of Burma just before the end of British rule. Military rule, brought about by the military coups of 1962 and 1988, has only exacerbated the marginalization of Burma’s ethnic nationalities and led, in more recent years, to their systematic persecution and alienation.

After five decades of systematic human rights violations, ever increasing conflict, growing narcotics and human trafficking and ongoing persecution of Burma’s ethnic nationalities and opposition groups, the political crisis in Burma is no longer seen as a just a domestic issue, but rather a threat to international peace and security and a matter of serious concern for both regional states and the international community.

In 1994, the United Nations General Assembly (UNGA) responded by passing a resolution on Burma in which the UN called for tripartite dialogue among leaders of ethnic nationalities, the National League for Democracy (NLD) led by Daw Aung San Suu Kyi and military regime to solve the crisis.

Since then, the Office of UN Secretary General has made consistent attempts to foster a genuine tripartite dialogue, a move warmly welcomed by both leaders of ethnic nationalities and the NLD, but the ruling State Peace and Development Council (SPDC) has frustrated and opposed all attempts to hold such talks.

Instead, the SPDC launched its own ‘seven-step road map’ in 2003. Despite the lack of support for its road map – including its most recent step of ratifying a new constitution - the military has persisted with its seven-step process. Now it is preparing to hold new general elections in 2010 instead of heading UNGA’s call for tripartite dialogue.

All opposition groups have now rejected the road-map, including the newly ratified constitution and the proposed 2010 elections. For most opposition groups, the new election is merely designed to provide legitimacy to the existing military dictatorship.

The Ethnic Nationalities Council (Union of Burma) believes that tripartite political dialogue is critical for a durable peace in Burma for two key reasons:
(a) The 2010 election is not solution for today's political crisis in Burma. It is just designed to strengthen the military’s grip on power and give it a ‘civilian feel’.
(b) All significant opposition groups, including both cease-fire and non-cease fire groups, have no confidence in the SPDC’s ‘road map’, including the SPDC’s imposed constitution and its proposed 2010 elections. All opposition political parties, including the NLD and political parties of ethnic nationalities have decided not to participate in 2010 election and have called for a review of the constitution.

The international community and the UN are also insisting on tripartite political dialogue (UNGA Resolution 63/245 of 24 December 2008) and in recent days, the EU Presidency Statement of 23 February 2009 again confirmed the need for tripartite dialogue.

The ENC recommends that the Australian Government:
1) Use its diplomatic influence to ensure that the ethnic nationalities are given the opportunity to participate in all political processes
2) Continue to push for the release of all political prisoners
3) Provide financial assistance for Burma’s democracy movement
4) Take a lead role in building political support for ‘multi-party talks’ based on elements of the ‘six party talks’ on North Korea and the ‘Quartet’ of international mediators for the Middle East
5) Appoint a Special Envoy to Burma in order to build the political support and momentum necessary for multiparty talks
6) Increase Australia’s overall level of humanitarian assistance to the people of Burma
7) Continue funding in-country programs and refugees on the Thai-Burma Border
8) Provide cross-border humanitarian assistance in Eastern and Western Burma
9) Begin providing humanitarian aid for Burmese refugees in India and Bangladesh
10) Provide financial support for the victims of the famine in Chin State
11) Support aid programs that promote civil society education and empowerment processes
12) Ensure that all assistance follows a human rights-based approach and is targeted to assist the most vulnerable groups, particularly in the ethnic areas
13) Increase its refugee intake from Burma.