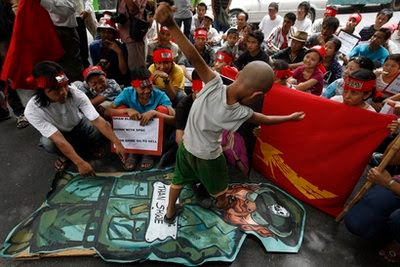 A Myanmar child stamps on an effigy of junta chief Senior Gen. Than Shwe at a protest to mark the 20th anniversary of the 1990 democratic elections in Myanmar, in New Delhi, India, Thursday, May 27, 2010. Detained opposition leader Aung San Suu Kyi’s party won the election but were never allowed to take power.… Read more »