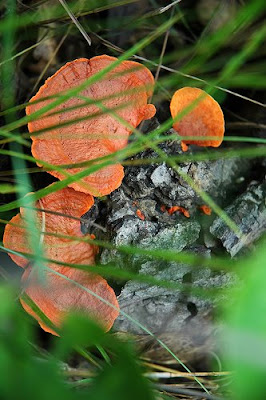 "My generation thinks there will be a war," says a 22-year-old cadet in the Kachin Independence Army, one of several armed groups that struggle for political autonomy on the frontiers of Myanmar.

His AK-47 slung loosely over his shoulder, the cadet qualifies his prediction, perhaps in deference to the officers who listen as he speaks.

"We don´t know what the leadership will decide," he says. "We will follow their orders."

Myanmar, formerly known as Burma, encompasses the homelands of several distinct ethnic groups that resent the totalitarian rule of ethnic Burmese, who form a majority in this impoverished Southeast Asian nation.

Burmese dominate the powerful armed forces, which prop up the military junta that governs Myanmar, widely recognized as one of world's most corrupt and repressive governments.

Founded in the early 1960s, the KIO represents ethnic Kachins, themselves a loose coalition of predominantly Christian tribes whose historic territory encompasses the Himalayan foothills of northernmost Myanmar, bordered by southern Tibet, far-eastern India and the southwestern Chinese province of Yunnan.

For more than 30 years, the KIA has waged a guerrilla campaign against the military from its jungle bases along the Chinese border. Other armed groups were active in the region during this period, including the Communist Party and various warlords, many of whom financed their armies through opium smuggling, intensive logging and mining for gold, rubies and jade.

In 1994 the KIO leadership signed a cease-fire with the military, an agreement many Kachins saw as a betrayal of their aspirations for political autonomy.

The cease-fire brought a measure of stability to Kachin state and enriched some powerful individuals who were willing to cooperate with Burmese authorities, but it did little to alleviate the suffering of Kachin civilians.

In the 15 years since the truce, Kachins say there has been no genuine attempt at reconciliation, and many expect a renewed outbreak of armed hostilities.

During the war years, Kachin state developed a reputation as one of the most lawless places in the world.

Only a handful of foreign observers managed to sneak inside to document reports of human rights abuses by Myanmar's military in its efforts to defeat the resistance groups and consolidate control over Kachin state.

One journalist, Outside Magazine editor Mark Jenkins, was drugged, beaten and dumped in an alley with a death threat written on his hand after interviewing Kachin villagers near the state capital of Myitkyina in 1996.


Recruits from the KIA military academy (left) talk about why they joined the militia and their opposition to the oppressive military government ruling Myanmar, which they pledge to defy (right) by vowing to "never give up our arms."


The Kachins hope for more exposure to the outside world, one KIA soldier explained. "Here in Kachin, it´s been 15 years since the cease-fire, but nothing has changed."

"I have a degree in economics, but there is no job for me," added another soldier. "There are no good positions for Kachin people. There is oppression and exploitation everywhere."

Like others quoted in this article, the soldiers asked not to be named, fearing retribution from the government.

The KIA military academy is located off a rough mountain road that links the wartime army headquarters, a windswept base called Pajau, with more comfortable and modern peacetime headquarters outside the bustling border town of Laiza.

Recruits rise before dawn to practice karate and repeat the pledges of the army: "We will always obey the orders of the Kachin Independence Organization," they shout. "We will never give up our arms."

These two pledges may come into conflict if the KIO leadership decides to participate in nationwide elections scheduled for 2010.

The elections are the culmination of a constitutional process introduced by the junta last year. Few observers expect the elections to be free or fair.

Both within Myanmar and abroad, the elections are widely seen as an attempt by the junta to legitimize iron-fisted military rule.

A clause in the new constitution states that all rebel groups must disarm and submit to the central control of the Myanmar military.

Although the KIO initially signaled its intent to participate in the election, officials now claim the KIO itself will stay on the sidelines, although KIO members may form a party to contest the elections.

Whether the Kachins decide to participate, the government that emerges will no doubt be heavily influenced by the leaders of the current military junta.

If the government attempts to forcibly disarm the KIA and other armed ethnic groups, the Kachins may retreat from their peacetime headquarters and retrench in the rugged hills along the Chinese frontier.

• This story was reported with a grant from the Pulitzer Center for Crisis Reporting.