Christians hear of suffering in Burma 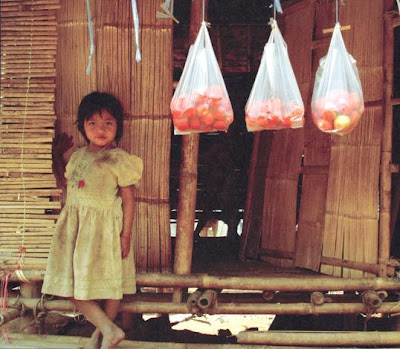 A 20-year-old Burmese woman told 150 delegates attending the Global Day of Prayer for Burma on Saturday that “unless the situation in Burma changes, I will never see my father again”.

Wai Hnin Pwint Thon’s father Mya Aye is currently serving a 65 year prison sentence for peacefully protesting against Burma’s brutal military regime. He is suffering from a severe heart condition and is likely to die in prison.

Fearing her own arrest, Wai Hnin told Premier Christian Radio’s Cindy Kent that she came to the UK in 2005 and now volunteers at the Burma Campaign UK, assisting their work in releasing Burma’s many political prisoners.

Her eight-year-old sister still lives with her mother in Rangoon, but Wai Hnin’s refugee status means she is unable to visit them.

Baroness Caroline Cox and CSW’s East Asia’s Team Leader Benedict Rogers, author of A Land Without Evil: Stopping the Genocide of Burma’s Karen People, joined a panel of notable speakers to present the plight of Burma’s ethnic minorities at the Emmanuel Centre in Westminster.

Mr Rogers gave an informative overview of the current humanitarian, political and human rights issues in Burma, including the persecution of ethnic minorities such as the Karen, Karenni, Shan Kachin, Chin and Rohingyas, while Baroness Cox, Chief Executive of the Humanitarian Aid Relief Trust (HART), presented first-hand evidence of the famine sweeping Chin State, and of the plight of the Shan people.

The Global Day of Prayer for Burma was first initiated in 1997 by Christians Concerned for Burma at the request of Burma’s democracy leader, Nobel Peace Prize recipient Daw Aung San Suu Kyi. It has since become an internationally recognised event, attended by representatives from nearly all Burma’s persecuted ethnic minorities.

"This year‘s event was particularly important in light of the forthcoming 2010 elections currently being planned by Burma’s military regime, the devastation caused by Cyclone Nargis, and also the Chin famine," said Mr Rogers. "We are now urging all our supporters to join us in urging the UN Secretary General to intensify his efforts to facilitate a process of meaningful dialogue between Burma’s military regime, the democracy movement and the ethnic nationalities. Concrete action must be taken without further delay.”