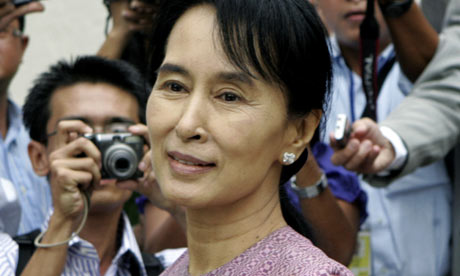 This is a particularly interesting time for Burma watchers. A flurry of activity, both domestically and internationally, has aroused hopes that things might be starting to move in a positive direction. But the optimism is offset by fears that this might be a repeat of the window dressing, so often seen before, that is designed to obscure the reality of a regime conducting business as usual.

The optimists point to recent engagement by the US, and nascent dialogue between Aung San Suu Kyi and the Burmese regime. Aung San Suu Kyi has recently written to Senior General Than Shwe offering to meet him to discuss how they can work together for the benefit of the people of Burma.

Were it not for bitter experience, people might be getting ready to celebrate and preparing for a new, properly inclusive form of politics. But Burma has seen many false dawns and no one is getting too excited.

In terms of hard facts there is not much to get excited about. A few months ago I sat in the Rangoon court that, after a show trial, sentenced Aung San Suu Kyi to a further period of house arrest. More than 2,100 political prisoners remain in jail. Elections next year look like going ahead on the basis of a constitution that delivers 25% of the seats in the new national assembly to the military before a single vote has been cast. Burma's record on human rights and wider political freedoms remains dreadful, as last week's EU-tabled resolution in the UN's human rights committee made depressingly clear. The economy continues to stagnate.

The most widespread reaction in Burma to these recent developments is to wait and see. People recognise that it is far too early to assess how successful renewed international efforts by the US and EU (along with the UN and Asean) will be. Neither do we know whether Senior General Than Shwe will respond positively to Aung San Suu Kyi's conciliatory and constructive offer to work together for the benefit of all the Burmese people.

In the meantime the EU remains clear that, in the absence of concrete progress on the ground, sanctions that are carefully targeted at the economic interests of the regime and its associates will stay in place. The US approach is the same. We are clear that if there is genuine irreversible progress, we will respond positively and make proportionate adjustments to our restrictive measures. In the meantime we are increasing our commitment to ordinary people through our programme of humanitarian aid, which is delivering crucial support, including for basic healthcare and for poor families in rural areas.

Everyone hopes that the optimists are right. Real change here would transform the lives of the Burmese people – not only by helping them escape the poverty trap in which so many of them find themselves mired, but also by alleviating the atmosphere of fear and suspicion in which they live.

Diplomats are spared the worst of the overt intrusions and scrutiny which are a daily reality for many people, especially those who work for political change. A small reminder of the ubiquitous nature of the security presence occurred last weekend. A visit to a pagoda, about 20 miles south of Rangoon, concluded with the close questioning of our local driver by a special branch officer who seemed to appear from nowhere after we parked the car.

I reflected how it must be for the Burmese. Without recourse to, or support from, a democratically elected government and its institutions, they would surely see the questioner an instrument of dread.

The climate of fear and suspicion is well founded. This is why those who are cynical about the government's intentions significantly outnumber the optimists on the streets of Rangoon. The Burmese people will make their judgement about whether there has been genuine change on the basis of actions, not words.