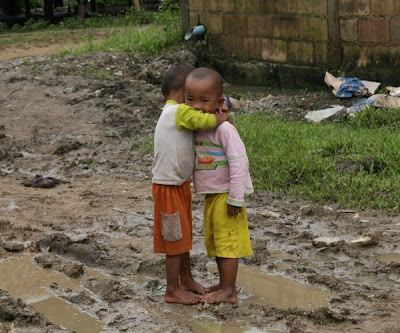 Diplomats and analysts are championing a new approach to Burma that would involve “smart sanctions” and a measure of engagement in the wake of the Obama administration’s acknowledgment of the failure of existing policy towards the country’s military regime.

The debate follows remarks by Hillary Clinton, US secretary of state, that signalled a top-to-bottom review of US sanctions policy towards the country’s brutal rulers.

“Clearly, the path we have taken in imposing sanctions hasn’t influenced the Burmese junta,” Mrs Clinton said on a visit to Asia in February. “Reaching out and trying to engage them hasn’t worked either.”

The Department of State said the review was continuing. “We’ve got to look for other ways to try to bring some influence to bear on the regime,” said a spokesman. “The secretary was not happy with the situation as it is.”

For the last 12 years the US has pursued a policy of increasingly tight sanctions, blocking imports, investment and all other financial contacts and culminating in sanctions based on individual members of the junta.

That policy was primarily impelled by legislation, but the administration has considerable discretion over which sanctions to impose.

Burma’s Asian neighbours tried the opposite approach, attempting to bend the junta to its will with a charm offensive known as ‘constructive engagement’ epitomised by the invitation to join the Association of South East Asian Nations in 1999.

But neither path produced results.

The Burmese government has one of the world’s worst track records on human rights. The most recent US State Department report describes a catalogue of extrajudicial killings, disappearances, rapes and torture.

The outrage has been amplified by a recent crack down on opposition, with hundreds of perceived opponents arrested and handed long sentences. A comedian critical of the junta was jailed for 45 years; a blogger for 12 years for storing a cartoon critical of junta leader Than Shwe on his email; and numerous defence attorneys for protesting at the lack of due process.

Human rights organisations estimate there are some 2,100 political prisoners held in remote jails throughout the country.

Now an emerging consensus among diplomats identifies a combination of carrots and sticks as the most likely solution. That would involve a mix of greater aid and economic engagement; lifting some of the broad economic sanctions that have helped slow Burma’s economic development to a crawl; combined with more effective targeted sanctions that hit the bank accounts and travel plans of those who run and benefit from the regime.

“We are examining what we would call ‘intelligent engagement’,” one senior western diplomat said recently.

Some commentators also argue that sanctions have been counterproductive, by shutting off western influence in favour of, in particular, China.

“By ceasing our economic engagement in Burma we were allowing particularly the Chinese presence to solidify,” Jim Webb, the chairman of the Senate Subcommittee on East Asian and Pacific Affairs, said recently. “And so I have been saying for several years that we need to have a different approach.”

Thant Myint-U, the author of The River of Lost Footsteps, a well reviewed book about about Burma, adds that the current sanctions regime is hurting ordinary Burmese more than it is hurting the generals.

“Any moral hazard of seeming to reward the generals is far outweighed by the moral hazard of not doing more to lift tens of millions of people out of poverty,” he says. “We need to find ways of increasing the right kind of aid, trade and investment, opening up the country, strengthening the middle class, and laying the foundations for a meaningful democratic transition.”

But Sean Turnell, an Australian academic who has studied Burma closely, points out that there are significant problems with lifting broad sanctions even if the targeted sanctions are maintained.

He says that in the absence of a gesture such as releasing the over 2,100 political prisoners the Burmese government is holding, such a step could be seen as rewarding brutality and intransigence – particularly because commercial activity is dominated by the state sector. ”If you look at the gas, oil, gems, agriculture sectors, you see the overwhelming involvement of the state,” he says.

Sanctions have also traditionally been championed by the opposition National League for Democracy, which won the 1990 elections but which was never allowed to take power. However, some observers say more recent statements on the topic by the group, whose leader Aung San Suu Kyi is under house arrest, have been ambiguous.

Mr Turnell also concedes that the pressure for some kind of change in policy is becoming overwhelming.

“People are looking for an opportunity to do something,” Mr Turnell says. “There is a general despair that this goes on and on and the country keeps sinking deeper and deeper.”

Meanwhile, the US says human rights continues to deteriorate in Burma, with a significant increase in political prisoners during the course of 2008, another reason why Washington is looking for what US diplomats call “more creative ways… to push for greater respect for human rights in Burma.”