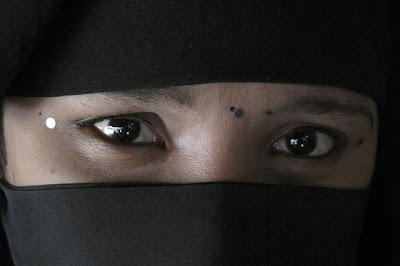 After a lapse of six years, the Bali Process returned to the forefront when the Third Regional Ministerial Conference on People Smuggling, Trafficking in Persons and Related Transnational Crimes was convened last week on the Indonesian resort island. Do not let this long and tedious conference name confuse you. This round of the Bali Process was aimed at tackling the exodus of Rohingya boat people from Burma, which made news headlines in January and put Thailand under the world's microscope for its treatment of refugees.

Ministers and senior officials from 36 countries attended the two-day meeting to discuss ways to manage migration and to stop irregular flows of refugees, which are considered a threat to the countries in the region.

The fate of the Rohingyas was at the top of the agenda, and hopes were high that a concrete framework would be worked out to resolve their plight, especially those currently stranded in Bangladesh, Indonesia and Thailand. Although discussions also focused on Afghan and Sri Lankan refugees, it was the stateless Muslim people from the Rakhine (Arakan) State of Burma that attracted strong attention and reaction from delegates.

Bangladesh was the most vocal and blunt. Its delegates have strongly condemned Burma both in its comments and policies since January. Burma has sought to portray the Rohingya refugees as Bengali Muslims from Bangladesh, and not as citizens of Burma.

In the past three decades, there have been two influxes of Rohingyas from Burma to Bangladesh, in 1978 and 1991-92, involving 200,000 and 250,000 people respectively. With the help of the UN High Commissioner for Refugees, and bilateral negotiations, most of the refugees were repatriated to their homeland. This action showed that these people belonged to Burma, not to Bangladesh.

At present, Bangladesh hosts 28,000 registered Rohingya people along with 200,000 to 300,000 unregistered. Their presence has had a great impact on the environment because they take over fragile hills and cut down trees to make homes and earn their livelihood.

Like Bangladesh, Thailand, as a receiving country, is facing a similar dilemma due to its limited resources and the security and social impact. Worst of all, the arrival of the Rohingya boat people came with numerous reports of the Thai navy's maltreatment of them. This greatly shook the newly formed government of Prime Minister Abhisit Vejjajiva. Immediately, the Thai government decided to seek all available approaches and avenues to solve the Rohingya issue.

For the past three months, Thailand has been pushing through four diplomatic channels to ensure that the Rohingya issue receives the highest attention. Apart from the Bali Process, the Foreign Ministry has also used bilateral and Asean frameworks for negotiations. Last month, Thailand and Burma agreed to screen the stranded Rohingyas in Thailand. At least 20,000 of them are living and working in various parts of Thailand. Burma has promised to take back those with proper identification and proof of residence. At the Asean Summit in Cha-am, Asean leaders also took up the issue and expressed concern and urged Burma to cooperate. In addition, Thailand has formed a five-country contact group that has been affected by the influx of Rohingya refugees. All these channels will be fruitless as long as Burma remains intransigent and adamantly refuses to discuss the notion of citizenship.

However, the Bali Process has made some progress in reactivating the ad-hoc group mechanism in response to current problems. Burma, Bangladesh, Thailand and Malaysia have been invited to the group, which has to look for practical ways to stem the flow of refugees. The final statement issued by Indonesia and Australia detailed the challenges faced by the international community in addressing irregular movements of people that result from complex socio-economic and humanitarian causes. All stakeholders, including civil society organisations, must take part in the effort.

The UNHCR is trying to bring all these elements together in dealing with Burma. During his recent visit to Burma, UNHCR Secretary-General Antonio Guterres suggested to the regime that temporary registration and documentation start immediately, to be followed by comprehensive approaches and packages that will help the Rohingya people return to their homeland. In addition, there would be help for Burma with capacity building, and in improving healthcare and agricultural programmes for the returnees. For such programmes, the UNHCR has secured at least US$10 million (Bt350 million) to assist in the development of infrastructure inside Burma to help the Rohingyas return home.

Presently, Asean is the key regional organisation that is engaging with Burma on rehabilitation and humanitarian efforts in the wake of Cyclone Nargis. Its tripartite groups, comprising representatives from Asean, Burma and UN-related agencies, have been working for the past year to coordinate funding from abroad. The positive response from those involved in this operation has raised a new possibility for Asean - whether the grouping should seriously take up the Rohingya issue as part of its overall humanitarian effort. If it did, it would be easier for all parties concerned to work together for a common solution. At the Cha-am summit, Asean leaders tasked the Jakarta-based Asean Secretariat to oversee the issue of future humanitarian efforts in the region.

Obviously, the Rohingya refugee problem is a regional issue that requires a regional solution. Asean is the only regional organisation that is capable of taking up this responsibility. But is Asean ready?