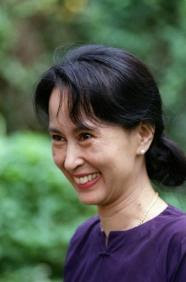 "I am deeply troubled by the Burmese government's decision to charge Aung San Suu Kyi for a baseless crime," Mrs Clinton said today after the junta charged the pro-democracy icon with breaching the terms of her house arrest over a bizarre incident in which a US man swam to her lakeside house.

"We oppose the regime's efforts to use this incident as a pretext to place further unjustified restrictions on her," Mrs Clinton said, calling for authorities to release Aung San Suu Kyi "immediately and unconditionally".